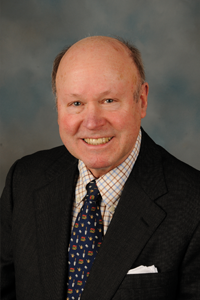 Pardee Resources Company (PRC) (OTC: PDER) recently elected William G. Foulke as its new board chairman. Mr. Foulke has served as a director of the Company, and its predecessor companies, since 1975. Pardee Resources is a Philadelphia-based firm that focuses on the acquisition, management, and responsible development of natural resource properties. The Company manages rights for coal, oil, natural gas, minerals, and timber on properties in 13 states, and owns approximately 195,000 acres of timberland, over 300 million tons of coal reserves, and approximately 10 billion cubic feet equivalent of oil and gas reserves. The firm also owns distributed solar-generated electricity installations in New Jersey and California totaling 8.6 megawatts of capacity.

“Bill’s assumption of the chairmanship of Pardee Resources represents a continuity of leadership that has greatly benefited the Company,” said Carleton P. Erdman, president and CEO of Pardee Resources Company. “Bill’s extensive experience as a Pardee director, and Chairman of its Executive Committee as well as his successful career in business and banking and on other boards, make him an ideal choice for this important role as we continue to pursue our growth objectives.”

Mr. Foulke follows his brother, Walter L. Foulke, as PRC board chairman. Walter Foulke served on the PRC board for 45 years, and was instrumental in overseeing PRC’s significant growth during that period, according to Mr. Erdman. “Walter Foulke helped to transform PRC into the innovative natural resource asset management company that it is today,” Mr. Erdman said. “Under his leadership, we have greatly expanded in terms of property holdings, revenue, technological capabilities, and the quality of our employee and executive team. We thank Walter for his service and look forward to continued growth under Bill’s leadership.”